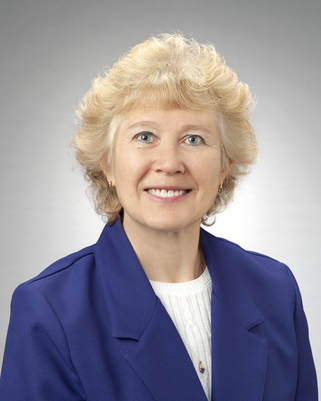 Every story begins with an author who has a dream to impact the culture and this is true with DR. BETH LAMBERT.  For years, she has been an author in books for children, but she noticed in her Pediatric practice, young people were reading HARRY POTTER and was inspired by their curiosities.  Inspired by this wonderful story telling which came from a book, she spent years in study of spiritual warfare, teenage issues and through her own development in honing her skills, created her newest book, THE HARVESTER CHRONICLES - JP KNIGHTS.  The book was reviewed by a third party in THE FILMMAKER'S ROUNDTABLE and out of hundreds of authors was literally one of the highest ranked adjudicated books. Inspired by this amazing "score", Beth and her husband Gary Lambert focused on the recruitment of an award winning film team to "partner together" in making JP KNIGHTS a full length feature film.  Beth is joining the filmwriting team to write the screenplay.
HOW THE STORY BEGAN

Gary and Beth Lambert have spent their lives in Pennsylvania. They have raised their two children, Ben and Katie, enjoying the culture and calling Johnstown their home.   Nestled in the hills is their mountain farm where the story was inspired, Beth began to write a new kind of project.  She wanted to move young people to the realistic understanding of the supernatural.  The book written, THE HARVESTER CHRONICLES, is a faith based fiction entrenched in the cultures and spirit of Pennsylvania.  From the coal miners, the steel workers, the famous geographical market, the "Incline" to the hills where Flight 93 was memorialized after 9-11, Beth used a farm church on their land to provide a setting for a major motion picture.


Family members and friends gathered to pray as a team over this story and the possibilities of her book being made into a movie.  They saw the economic and social challenges facing Johnstown and in birthing a story to create commerce, inspire industry and attract tourism. This Pennsylvania couple were determined to create enthusiasm over their home outside of the tragedies of the flood.  The Lambert's believed lives can be changed and for the better are determined to persevere to do the impossible, make a movie.

Through third party adjudication and review rivaling hundreds of authors and over 114 WGA screenwriters, Beth created boldly and developed the "story rights" for JP KNIGHTS.  A group of teenagers will experience the miraculous by seeing a creature not of this earth, bonding with this angelic being and beginning to wage war against spiritual forces unlike anything this world has ever known.

This is a fictional story of heroism, courage and of inspiration where young students will learn to stand up for what they believe in and be willing to draw swords against supernatural creatures of darkness.  The exciting fantasy begins with an epic screenplay with an entire team of screenwriters.  Beth recruited the award winning filmmaking team of GR PRODUCTIONS LLC of Tennessee at www.grpfilms.com to make the movie.  The team won thirty-six film festivals in 2017 and created END OF THE SPEAR, BEYOND THE GATES OF SPLENDOR and LAST OUNCE OF COURAGE. MCAFEE & ASSOCIATES is the agency of record who is the leader for the family of companies at www.mcafeeassociatesagency.com.

Beth desires to find charitable gifts, donations and individuals within the faith community and "giving arenas" to have the opportunity to help Pennsylvania.  She connected with the non profit, VERITAS MISSION FILMS  ASSOCIATION at the site www.veritasmissionfilms.com and they are building resources for character education for teens, inspirational tools and even Biblical training for churches to help young people and adults learn how to "give back" to their communities.
JP KNIGHTS
​A PENNSYLVANIA SUPERNATURAL THRILLER